It is very important for a dating couple to be well informed about remarriage before walking down the aisle again. Remarriage is tricky, especially if kids are involved, and a bit more complicated than you might think. Before you make that all-important decision to remarry, you might want to know a number of things first.

It is important to look back and identify what brought your marriage to an end, unless of course you are a widower or widow. You can learn important lessons that will help you begin your future marriage from a point of strength, wisdom and knowledge.

You might think you understand why you divorced, but sometimes asking yourself really tough questions is critical. Look into your own life and behavior and think about those things you should have done differently.

2. Date for at least 24 months before remarrying

If you date for 24 months you will have lot of time to know your future husband or wife better. Many people start a new relationship out of feeling lonely and rush things over as they lack discernment and patience to build the relationship solidly. Two years gives you the perfect time to get to know the other person inside out.

Dating and remarried lives are not consistent. Remarrying might sound right but sudden emotional and psychological shifts often take a toll on diverse individuals in your lives, from stepparents to children of stepparents once your wedding has concluded. Remember, you are not just marrying your spouse, but

Remember that when you marry your partner, you also marry their family. You want to make sure you get along with your future in-laws before getting married. If you find them repellent, you can factor that into your decision-making.

The remarrying process might be a smooth one, only to fall into a storm later on. Thinking difficulties are only meant for others and not yourselves is foolish. Remarrying requires more than just love since kids and many other factors might also be involved.

As you start thinking hard about remarriage, you might want to approach dating with the intention of making the stepchild and stepparent relationship strong. If the children are really young, be sure you want to enter their lives since they are known to really get attached to a stepparent. However, older kids will require some bit of time.

Remarrying before the child is 10 years of age or after the children are sixteen is the best time. Marrying when kids are between 10 and 16 years of age might interfere with their growth, leading to conflict.

3. Have you fallen for the wrong type?

Most divorcees will tell you the reason they broke their earlier marriage was due to physical abuse and hurt, or lack of chemistry with their spouse. Before you remarry, ask yourself whether you are always falling for the wrong women or men who do not fill you up emotionally and perhaps marrying you for a reason, such as money, sex, or loneliness.

Know whether your current relationship is anything similar to your previous one. If so, you are probably falling for the same sort of person who will hurt you in the long run. Think twice before going down the aisle again. Unresolved sadness before you get married could haunt you after marriage.

When it comes to name change after marriage, there are so many considerations to be thought clearly through. You could decide to maintain your prior spouse's name, hyphenate prior maiden or prior spouse and new spouse, or even return to your maiden name (legally or socially). You must decide what works best for you and agree on the way forward with your future spouse about name changes.

You might want to take the last name of your spouse, combine both last names either by ensuring the maiden name is the middle name or through hyphenation. Do not forget that a name change will affect your professional documents, driving license, social security card, bank accounts, including academic certificates.

It is critical to make up your mind whether a name change is really important and worth all the hustle. Are you undecided or are you sure it makes sense to you? There are tools that could help complete your name change once you're ready.

Even in normal marriages that have never led to separation there is a lot of pressure on children. Sometimes they are even torn between their two biological parents. The dating process might be a roller coaster of fun and promise, but to your kids it crashes their hope of seeing their biological parents reconciling or the fact that your late spouse will no longer be the center of the home.

You must consider, critically, what your kids are losing before you commit to another marriage. Sometimes, you might have to postpone remarriage until the kids have left home, meaning that you must always remain sensitive to kids. Above all, never rush your children or try to confuse them when they are still grieving.

6. Don't expect too much about your kids

Chances are you are so much in love you believe that your future spouse will love your children as you do. While stepparents can build very strong bonds, it will never be similar to the bond you have with them.

Your teenage children to your future spouse will probably appear like spoiled brats or self-centered teens, but to you they are possibly the same young children who hugged you every night before sleeping or asked you to read them to sleep. You must expect diverse opinions and not agreeing on everything when it comes to parenting.

Before you commit yourself to another marriage it is important to decide what you will be committed to mostly, whether it is your marriage or children. Making vows and a covenant to remain together does not equate to neglecting the children, but it requires that your marriage become a priority. If its not you will be walking on a thin line that could break any moment.

At the same time, the ghost of your previous marriage could haunt you, especially if there were negative experiences. You might not even know how hard it is on your new marriage. The important thing is to avoid interpreting your current marriage with the experience of the previous one, otherwise you might end up destroying what you have, just like it happened to the previous one. 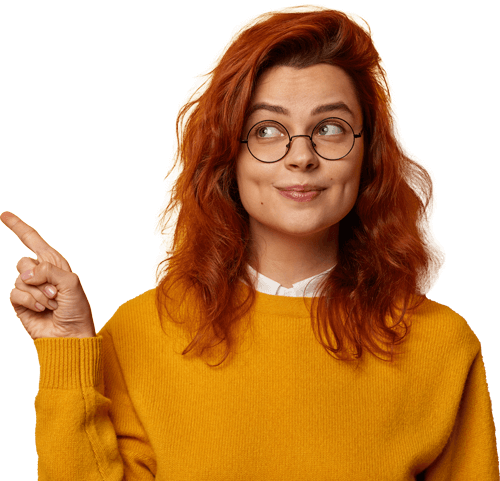