Reasons to Not Change Your Married Name after Divorce 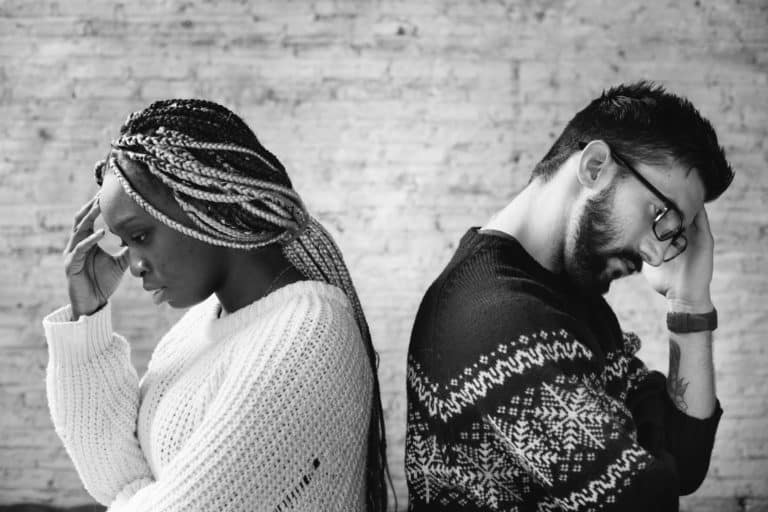 If there's an issue so critical such as whether a woman will take her husband's last name after marriage, it's holding onto the last name or making a decision to drop it off after divorce. It's an issue that most divorced folks talk about especially if the man keeps on complaining that the ex-wife has stuck to the name and has refused to drop it off even after remarrying.

Chances are that the two divorcees might not be seeing eye to eye and apart from discussing their kids, if any; communication is minimized across the board. The man might end up being irritated that the ex-wife is still using his name. Just like anything about divorce being legal the question in most people's minds is whether there are guidelines about this.

However, this does not stop at the divorce level. There are men who might be wondering why the women they have married have refused to drop their last name from a previous marriage. While it might not seem right to some men, sticking to a last name does not really mean the woman is holding on to hopes of remarrying her ex. Love is not involved in keeping a last name or even a maiden name, in particular if an acrimonious divorce was involved. There are newlyweds who are deeply in love but decide to maintain their own names for all kinds of reasons and deeply happy divorcees who refuse to drop their ex's last names for all kinds of reasons.

It is worth noting that after divorce you cannot force an ex-wife to drop her last name except perhaps politely requesting her to do it. Whatever she decides is no longer your business.

As such, there are many reasons you might choose to keep your married name after divorce.

If a woman keeps the last name of her ex she came to hate and reminds her of a painful part of her past life it must be really worth it. Maintaining a consistent identity is one of the reasons why women justify holding on to the ex's last name. If people had known the woman by that name for over a decade, it makes every sense to stick on to it. At the same time, it's possible that all the academic papers, such as degrees and diplomas earned while still married, were provided with the last name. It is also clear that, professionally, clients and business contacts might be knowing you as Mrs. X and dropping that might bring another whole set of complications.

For instance, Tina Turner in 1975 refused to change her last name after establishing herself, career-wise, with the last name of her husband and keeping it after 13 years of marriage made a lot of sense. Some women believe their time in a past marriage, their investment and input has earned them the name and must be kept.

Changing the last name back is a hassle

Women who have divorced and would like to have a sense of their own identity and forget the man who brought a lot of pain in their lives simply seek to have the last name dropped. However, it becomes clear the hassle involved in changing everything is a tall order, potentially expensive and a long process, especially if changing her maiden name and transforming other items to reflect her married status took a lot of trouble and money.

It means that if you decide to revert to your maiden name you have to remove the last name from your banking information, driver's license, social security card, passport and any other document with the ex's last name. If anyone has gone through this before the reality of going through it again might be reason enough to stick with the ex's last name.

It goes without saying, a prestigious name is just that, prestigious! If you were married to the Kennedy's, Presley's or any Royal family you already know you have a famous name that can open many doors. It is an esteemed name with a lot of benefits and dropping it off for a normal name that doesn't click anything in the mind once mentioned might not seem very wise. This is why women who have been married to famous people, celebrities, kings, millionaires and presidents among others might not let the name go.

At times, married couples establish so many business relationships using the last name of the husband. Since no one can foresee a future where both of them are separated, it seems logical to support such a decision where the family name establishes businesses. However, in case of a divorce, it makes a lot of sense to maintain the last name of the ex if an established company that has reverted to the ex-wife bears his last name. Companies would lose their standing and good business damaged if the name were to be changed. At the same time, if the customers and business partners know the ex-wife better with the last name of the ex-husband, it makes a lot of sense to maintain that name.

There are times when the woman is not the one who asked for a divorce. She might find it hard for various reasons to just let the last name of the ex go. Chances are she might be emotionally attached and still have feelings for the ex and since no one really knows the future, she might decide to stick with it.

There are cases where the divorce was done in an honest and kind manner and both parties were friendly right through the emotionally wrecking process. At such a case, it might be hard for the woman who did not go through a spiteful separation to just drop her last name, especially if the ex was considerate enough to end the marriage with more than she bargained for.

Women have been found to keep their ex's last name for all kinds of reasons. Some women claim that going to their maiden name is a no-no because they did not like their father's to begin with, particularly those whose dads were estranged, drunkards and always absent in virtually all their lives. To such women, the ex's last name is a better prospect, particularly if the divorce was not rancorous. The ex's last name can also be unique, exotic and more fun.

Your last name as the first name

No matter the reason you have for sticking with your ex's last name, it is your right under the law. There are also places where you have to indicate in a divorce decree whether you are keeping the married name or not.